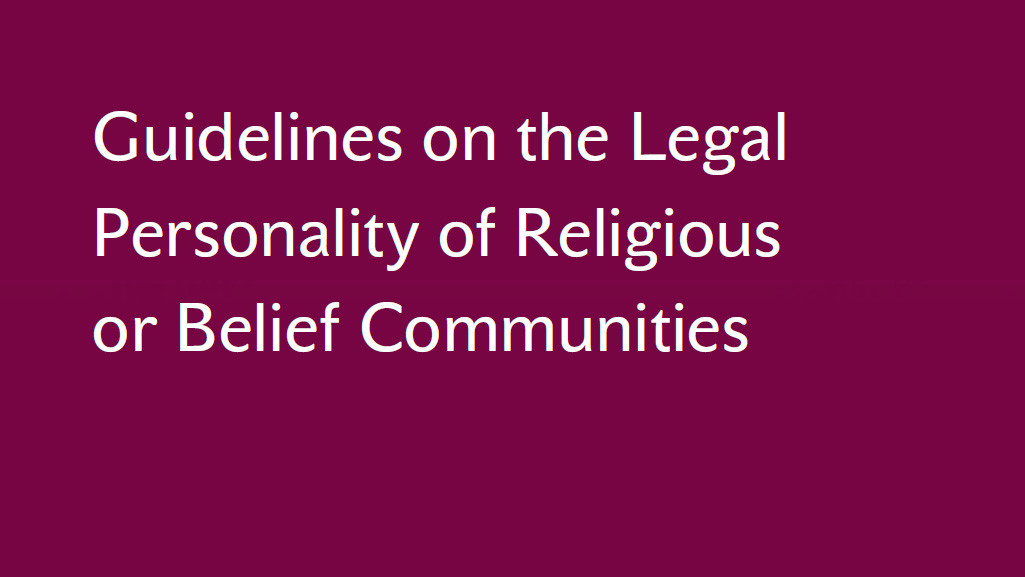 Guidelines on the Legal Personality of Religious or Belief Communities

The purpose of these Guidelines is to ensure that those involved in drafting and applying legislation in the area of the freedom of religion or belief, including civil society representatives, have at their disposal a benchmark document containing minimum international standards in the area of recognition of religious or belief communities.

The document does not seek to challenge established agreements between states and religious or belief communities but, rather, to delineate the legal framework that would ensure that communities wishing to do so have a fair opportunity to be granted legal personality, and that the criteria established are applied in a non-discriminatory manner. This document elaborates on the issues of registration and recognition of religious and belief organizations, and supplements section II.F on “Laws governing registration of religious/belief organizations” of the 2004 Guidelines. The 2004 Guidelines do, however, remain valid in their entirety.

These Guidelines were published on the Venice Commission website on 16 June 2014.

See also: Guidelines for Review of Legislation Pertaining to Religion or Belief (2004)