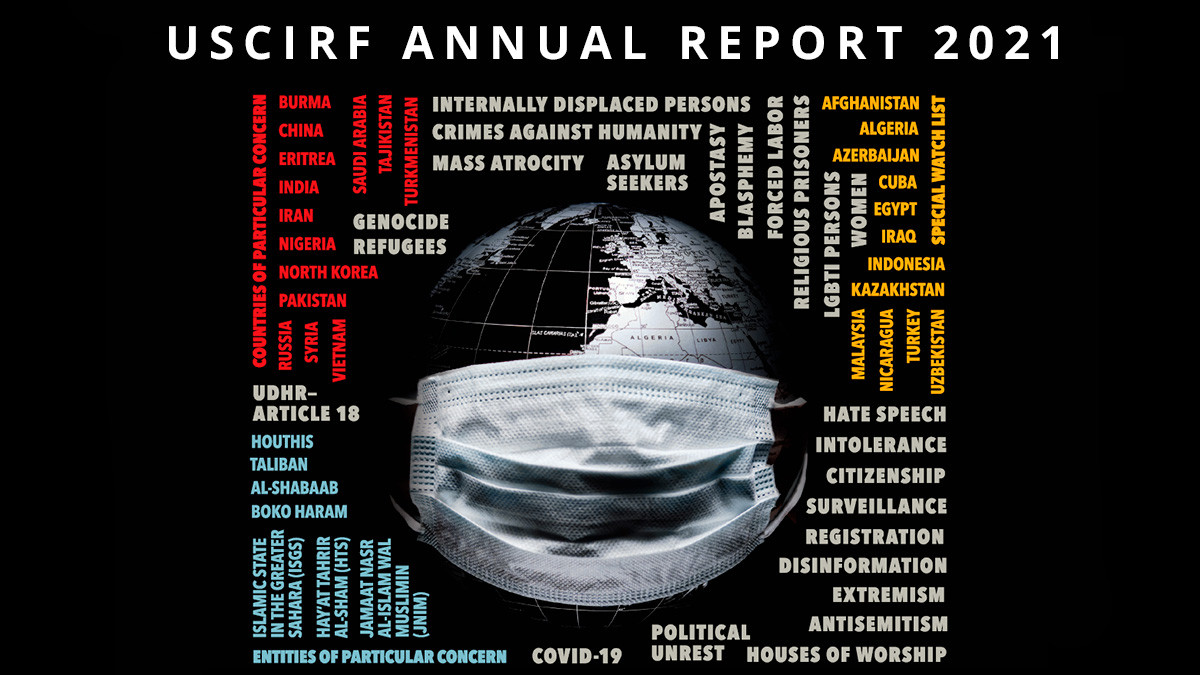 The United States Commission on International Religious Freedom (USCIRF) released its 2021 Annual Report documenting developments during 2020. Several nations implemented laws and policies that further target religious communities, and in some cases amount to genocide and crimes against humanity.

The USCIRF emphasizes that in Russian-occupied Crimea the occupation authorities continued to enforce Russia’s repressive laws and policies on religion, which has resulted in the prosecution of peaceful religious activity and bans on groups that were legal in Crimea under Ukrainian law.

In this regard, the USCIRF provides recommendations to enhance the U.S. government’s promotion of freedom of religion or belief abroad, including:

As the USCIRF recommends, the U.S. Congress should:

In its report, USCIRF also monitored public health measures put in place to prevent the spread of COVID-19, and their impact on freedom of religion or belief. In many cases, these measures complied with international human rights standards, but in some countries, already marginalized religious communities faced official and societal stigmatization, harassment, and discrimination for allegedly causing or spreading the virus.