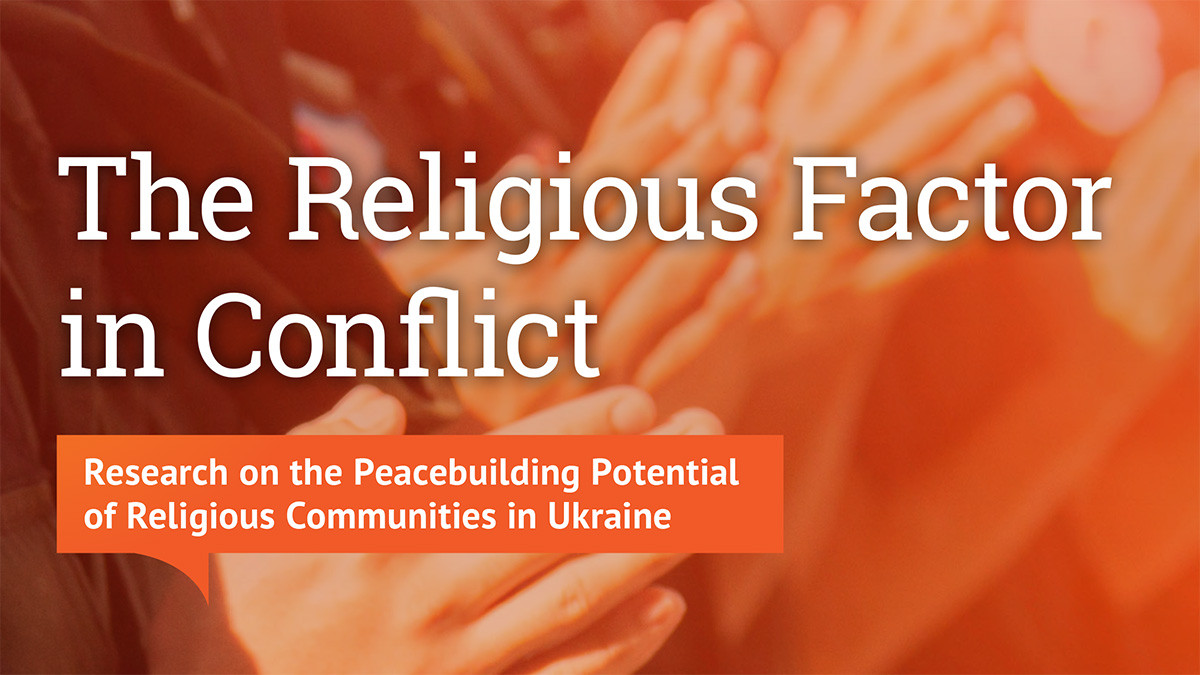 Research on the Peacebuilding Potential of Religious Communities in Ukraine

The Religious Factor in Conflict

The aim of the study was to explore the peacebuilding potential of Ukrainian religious communities and actors by focusing on individual communities in two target areas (Volyn and Donbas) and to identify opportunities for building peace and eliminating possible destructive influences of religion on the social and political situation in Ukraine.

The study investigates the religious component in society at large, in selected communities, and in people’s visions of resolution of the armed conflict. To this end, we carried out fourteen semi-structured in-depth interviews in the framework of qualitative sociology. The interviews were conducted in Donetsk, Lviv, Rivne, and Volyn regions in February and March 2020. The respondents were active church ministers and lay persons of different Christian faith communions. The particular regions were selected in view of the specificity of the spread of social conflicts that involve representatives of religious communities in Ukraine, as well as in view of the significantly different regional contexts in eastern and western parts of the country.