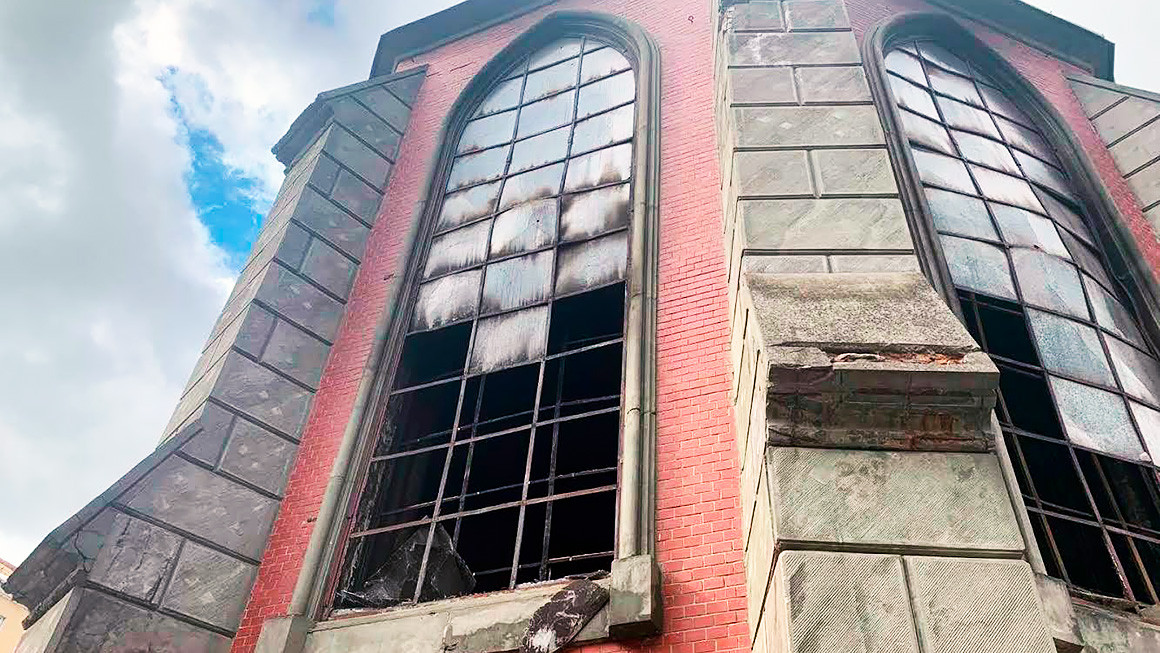 Catholic Church calls on President Zelenskyy to return the St. Nicholas Cathedral to the parish

Vitalii Kryvytskyi, the Bishop of the Roman Catholic Church in Ukraine, encourages the President of Ukraine to decide on the immediate transfer of the St. Nicholas Cathedral in Kyiv to the parish of the Catholic community to eventually undertake restoration work and protect the deserted architectural masterpiece from final destruction.

This is what the Catholic Church addressed to President of Ukraine Volodymyr Zelenskyy, given the emergency state of the Cathedral that was also damaged by a recent fire.

According to the bishop, the authorities have not solved the issue of transferring the organ to a separate building, which has been the requirement for the return of the Cathedral to the Catholic community, and, at the same time, have not been taking appropriate measures for overall restoration of the Cathedral for many years. The Cathedral has been waiting for returning to the faithful for almost 30 years to finally begin restoration work.

As reported by IRF, members of the Ukrainian Council of Churches and Religious Organizations expressed support for the proposal to return St. Nicholas Cathedral in Kyiv to the Roman Catholic Church in Ukraine, as required by law and the state’s obligations to the Council of Europe. The transfer of ownership of the Cathedral to the Roman Catholic Church in Ukraine will finally enable the reconstruction of this architectural exemplar and save it from the current emergency state and the consequences of the recent fire.

Full text of the appeal: 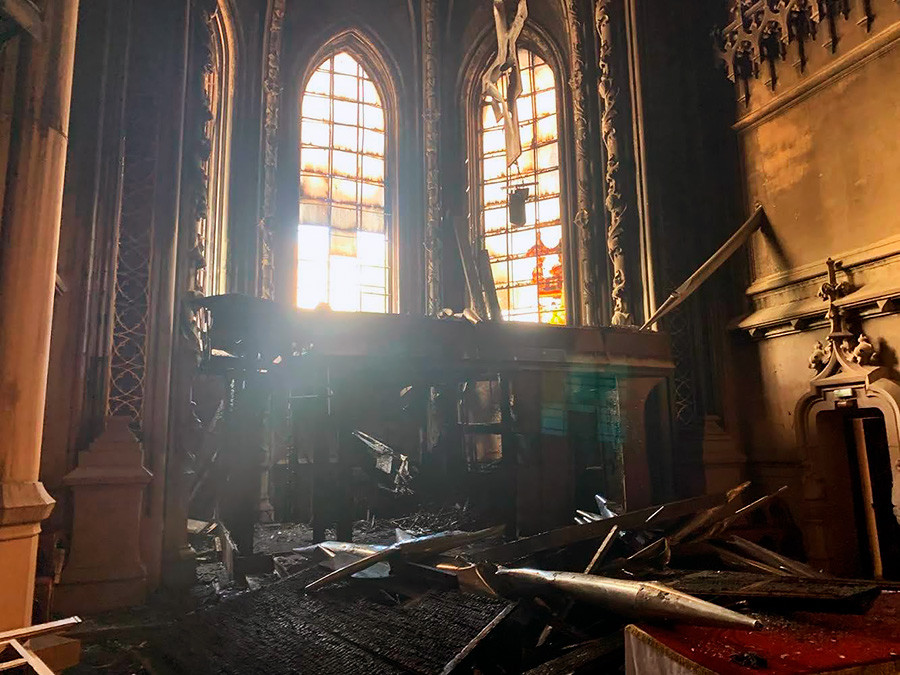 regarding the immediate transfer of the St. Nicholas Cathedral to the religious community

For almost 30 years, parishioners have been addressing numerous inquiries, appeals, and complaints about the return of the St. Nicholas Cathedral to the parish. It is the only historical heir of the parish of Saint Nicholas, which had functioned before the Soviet arbitrariness. However, inaction in the transfer of the building leads to irretrievable consequences.

As it is known, the Decree of the President of Ukraine No. 329 dated August 18, 2020 states that the Cabinet of Ministers of Ukraine is obliged to ensure the implementation of the project “House of Music” on the terms of public-private partnership. Under this Decree, the Cabinet of Ministers of Ukraine adopted the Order No. 1203-р dated September 16, 2020, which obliged the Ministry of Culture and Information Policy of Ukraine to ensure the relocation of SE “National House of Organ and Chamber Music of Ukraine” to the newly built House of Music and, accordingly, transfer the real estate unit, i.e., the building of the St. Nicholas Cathedral (located at 75 Velyka Vasylkivska Street, Kyiv) for permanent free use to the religious organization “Religious Community Parish of Saint Nicholas of the Roman Catholic Diocese of Kyiv-Zhytomyr in Kyiv” until the end of 2023 by concluding a use contract.

However, the authorities have taken no action to implement the project “House of Music” through the new construction after a year from the adoption of the Decree of the President of Ukraine and the Order of the Cabinet of Ministers. Moreover, the assigned team members neither developed nor implemented any measures to save the church’s premises and protect it from destruction.

For decades, the Catholic community in Ukraine has been sympathetic to the needs of the National House of Organ and Chamber Music of Ukraine and has agreed that the transfer of organs and creative teams to other cultural institutions is a complex process. However (and we declare this with sorrow), the Cathedral is in a state of emergency after the fire and is not available for use neither by the House of Organ Music nor the parish representatives.

There is no doubt that the Cathedral requires ever more major restoration than before. However, the initiative of the Ministry of Culture of Ukraine to raise funds for the reconstruction of the church caused a response in the religious community and society as the reconstruction program mentions the replacement of the organ as a separate item, which means that the Ministry of Culture of Ukraine wishes to freeze the return of the Cathedral and make the transfer impossible once again and for the decades to follow until Ukraine finally reaches the rule of law.

I would like to call on you, dear Mr. President, to facilitate restoring justice to the parish and the Cathedral, as this process has passed the point of no return, and it makes no sense to wait until 2023. Moreover, the delay in the return procedure is causing public response and the opposition of various branches of government. The Cathedral was created to unite people with God and each other. We ask you to help the St. Nicholas Cathedral, which was built at the beginning of the last century, to fulfil its mission. Then-and-now cathedrals and pastoral work play a significant role in the Ukrainian society.

A great many times the religious community officially declared the consent to carrying out concerts of organ music in the premises of the St. Nicholas Cathedral, as it is done in other European countries and publicly offered to conclude an agreement as a guarantee of compliance with the interests of the National House of Organ and Chamber Music of Ukraine after the return of the church to the religious community. However, it will still be necessary to restore the organ that must meet the needs of all parties to the agreement. In today’s lively process of planning to restore the St. Nicholas Cathedral, no dialogue is held with the parish community.

To decide on the immediate transfer of the building of the St. Nicholas Cathedral located at 75 Velyka Vasylkivska Street, Kyiv, to the religious community of the Roman Catholic Parish of Saint Nicholas in Kyiv for permanent use.