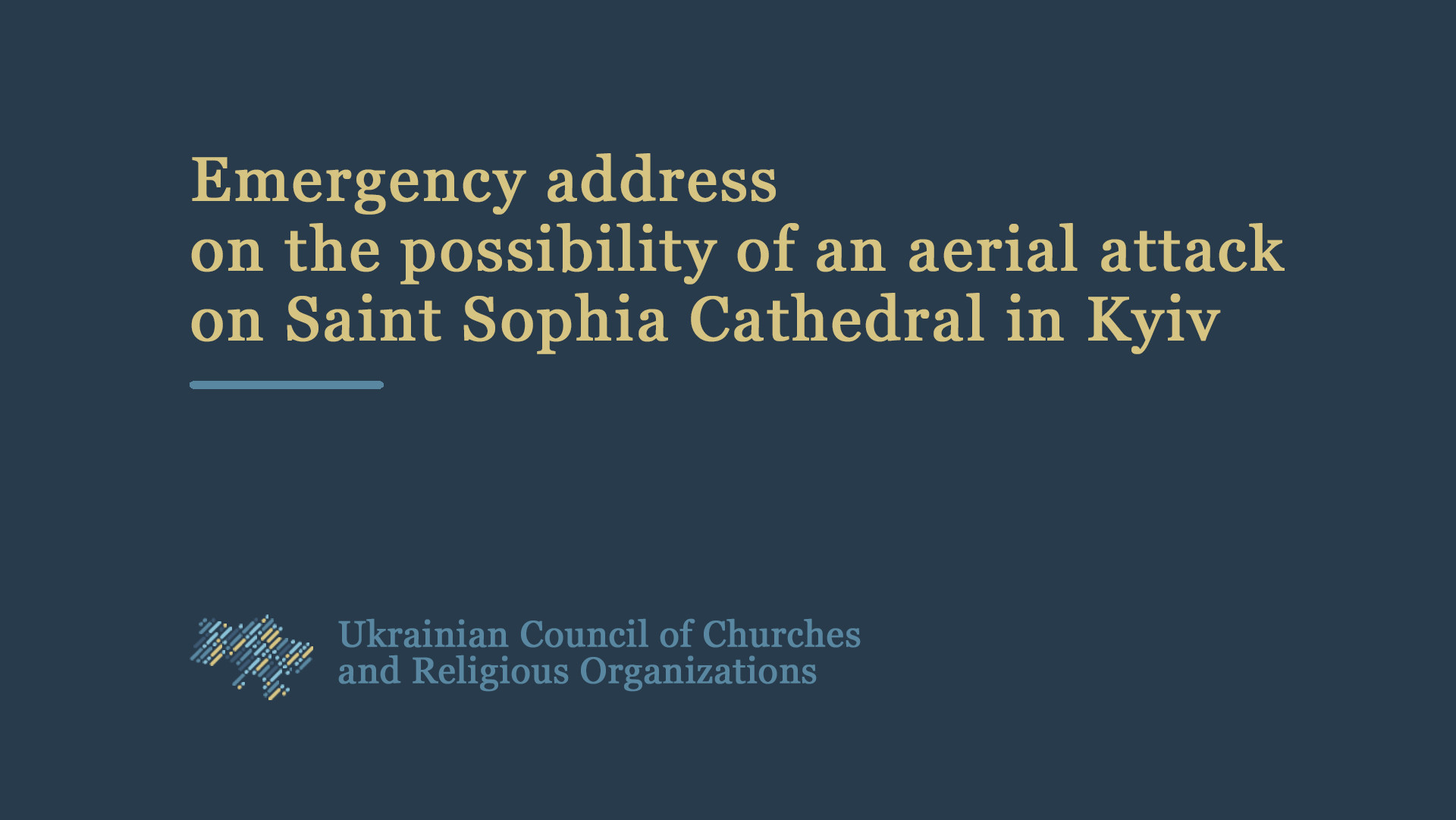 Emergency address of the on the possibility of an aerial attack

on St Sophia Cathedral in Kyiv

We have received alarming information about the possibility of an aerial attack on one of the most famous symbols of Ukraine, a spiritual sanctuary – Saint Sophia Cathedral in Kyiv.

Due to obvious reasons, we cannot verify the information ourselves. However, we see the barbaric shellings of residential areas in Ukrainian cities by Russian forces.  During the Second World War, Soviet saboteurs blew up another sanctuary – the Dormition Cathedral of Kyiv Pechersk Lavra. It is not impossible to think that the perverted mind of the aggressor is capable of another similar crime.

It is also absolutely possible that Russian missiles will hit the Saint Sophia Cathedral due to technical defects in weapon systems. Every day those missiles fly in the direction of Kyiv, and any one of them can, even if not deliberately, but because of defects or mistakes, hit world-famous sanctuaries.

This is why we address the political leadership of Russia with a demand to cease missile strikes immediately!

We address every representative of the international community to promptly use all possible means of influencing the Russian leadership and force it to completely stop the criminal shellings of Ukrainian cities, Kyiv in particular.

Once again, we strongly condemn the Russian military aggression against Ukraine and demand its immediate cessation.