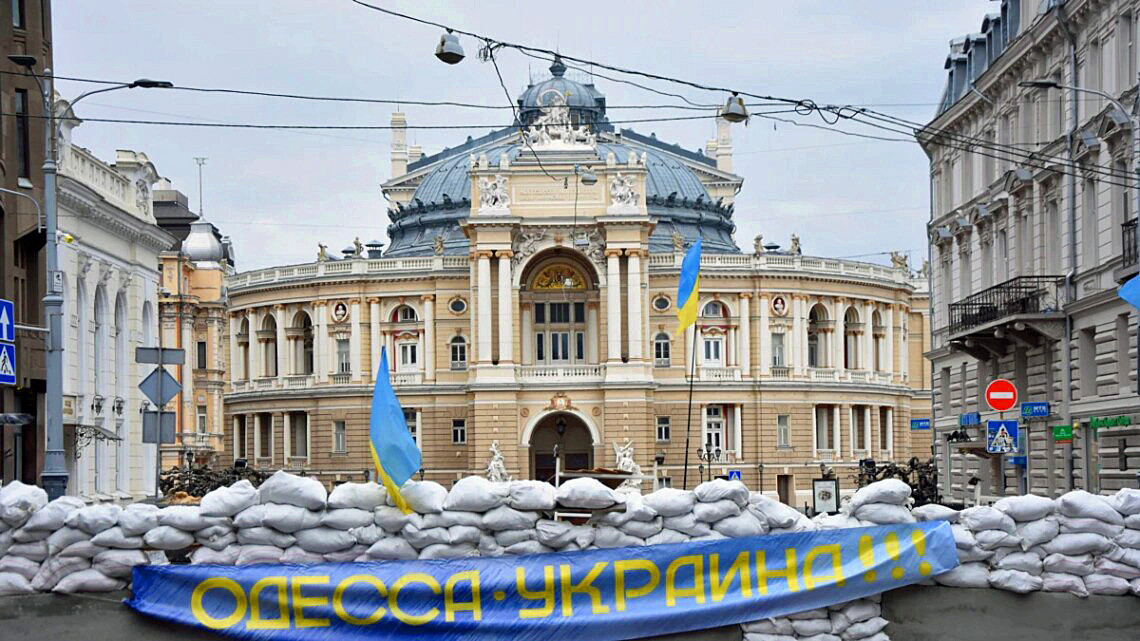 Odesa Christian, Jewish and Muslim faiths unite for Ukraine and against Russian aggression

Representatives of Odesa’s largest Christian churches, as well as the Chief Rabbi of Odesa and Deputy Imam have joined together in a powerful address in support of peace and against the war that Russia has unleashed on Ukraine.  Like the concentrated efforts of Odesa residents to protect the city against Russia’s expected attack, the address exposes the lies that Moscow is using to try to justify its invasion.  Those who are free do not require ‘liberation’ and the so-called ‘Russian world’ that Russia is bringing to Ukraine is evil, and a force only of destruction.  It is significant that the five include Archpriest Pavlo Poleshchuk from the Ukrainian Orthodox Church, which at least for the moment remains linked to the Moscow Patriarchate. Although his address is the least openly pro-Ukrainian and / or political, his very participation is important given Russian Patriarch Kirill’s fairly open support for Russia’s invasion and Russian leader Vladimir Putin’s twisted views about Ukraine. 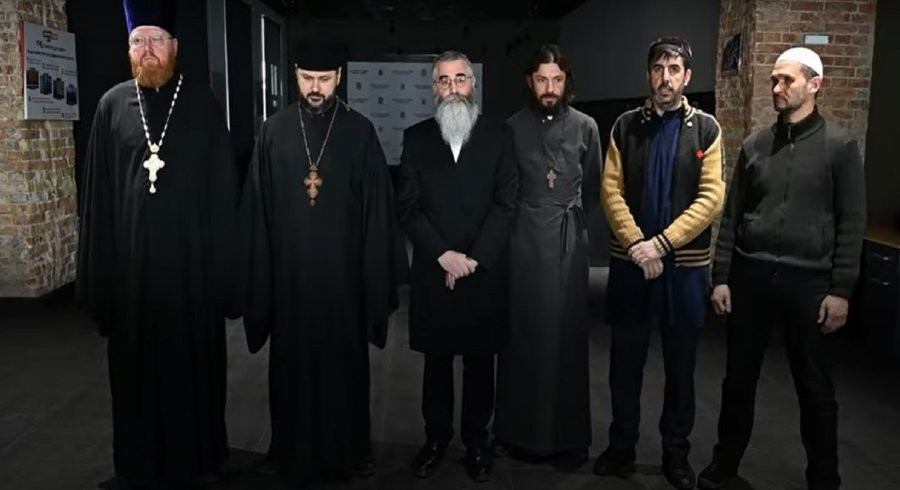 It was Father Pavlo who spoke first, stressing that all nationalities and faiths have always lived in harmony in Odesa and the Odesa oblast, and praying for peace and that Odesa remains unharmed.

Father Teodor Orobets, Secretary of the Odesa Diocese of the Orthodox Church of Ukraine. joins in praying for peace for Ukraine.  Speaking in Ukrainian, he also says the following:

“The free do not need to be freed and liberated. Odesa is a freedom-loving city, as is all of Ukraine which lives in peace with all its neighbours.The Russian world that Russia brings is not peace, but evil which destroys our cities, villages and kills our people.”

He says that many rabbis whom he meets are envious of how free the Odesa community is. “I am proud that I live in such a city where I can talk in Russian and everybody understands me and helps.  This is the most loyal city and country for any national where you can freely work and develop.  I pray to the Almighty to send peace to our land, so that we can live in peace and harmony”.

Father Oleksandr Smerechynsky from the Ukrainian Greek-Catholic Church and Chief Chaplain for the Naval Forces in Odesa, calls Odesa a big family, where all are very different, yet united. “We do not need to be liberated from anything.  We need only to be left in peace, to develop our multi-faith, multinational yet united family, a part of Ukrainian soil and of the Ukrainian state.  There is no need to liberate us.  Go home!”

Deputy Imam Askar Olegovich Dzhasimov stresses that Ukraine’s Muslims want peace for all, and prays to the Creator “to preserve our country, our beloved Ukraine, We are all united in the battle with evil, and evil has no nationality. Glory to Ukraine! Glory to the Heroes!”

All of this firmly rejects fundamental elements in Moscow’s narrative about Odesa, Ukraine and the supposed reasons for Russia’s invasion.  In 2014, Putin claimed that Ukraine’s post-Maidan leaders were ‘fascists’ and anti-Semites, and was vehemently contradicted by leading members of Ukraine’s Jewish community.   There were several fakes (about alleged discrimination, ‘pogroms’, etc) over the following years which were equally swiftly rejected by the relevant communities.  Putin is now claiming that Russia’s invasion and the horrific bombing of civilians are aimed at something he calls ‘the demilitarization and denazification’ of Ukraine, with the latter claim rejected by the Chief Rabbi of Ukraine, by Holocaust survivors, and, now, by the Chief Rabbi of Odesa.

The Kremlin has also claimed that Russia is ‘protecting’ Russian-speakers against Kyiv’s supposed ‘genocide’, that it is liberating them from a ‘fascist’ junta.  It is not only Odesa’s religious figures who roundly reject such myths.  Since the first day of Russia’s invasion, the predominantly Russian-speaking residents of Odesa have united in showing Moscow and the world that they are Ukrainians who plan to defend their city from the Russian aggressor.  Day after day, there have been long chains of volunteers along the sea front filling sandbags to block the invaders’ path.  Others have been welding iron bars together to block Russian tanks; learning how to use firearms or make Molotov cocktails.  Even the Kremlin must have now understand that nobody is about to greet invaders as ‘liberators’, and hand them flowers, and that the invading forces will be met by barricades, petrol and a huge territorial defence force who will do everything to defend Odesa and Ukraine.