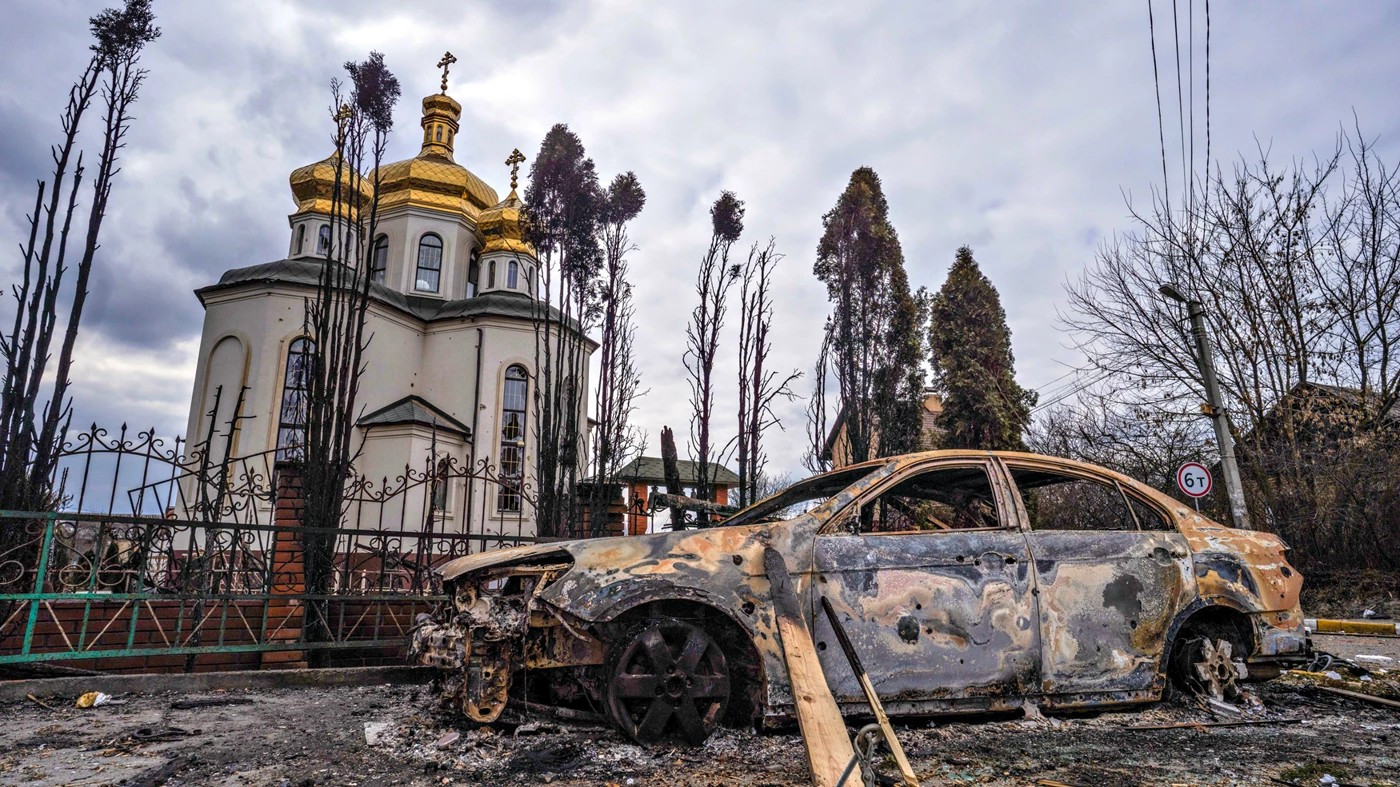 of the Institute for Religious Freedom

on the religious persecutions in Ukraine

committed by the Russian invaders

First of all, we would like to thank all friends of Ukraine for their unwavering and growing support for the people of Ukraine in their struggle for freedom, independence, sovereignty, democratic values, and the rule of law. It is for the passion for these freedoms and values that the Russian government hates us so much and is attempting to destroy the Ukrainian state and the right of the people of Ukraine to independence and self-determination as a nation.

In fact, Russia is waging a war against the civilian population of Ukraine, as it purposefully fires ballistic missiles, including from the territory of Belarus, and continues to air-strike residential areas, schools, kindergartens, hospitals, maternity hospitals, and critical infrastructure necessary for civilian life, as well as places of worship. Along with Russia's war crimes and numerous violations of international humanitarian law, we see clear signs of genocide against the Ukrainian people.

Russia's military attack on Ukraine is accompanied by numerous violations of rights and freedoms, including freedom of thought, conscience, and religion, which are larger and more brutal than all previous religious persecution of believers and religious communities in Ukrainian territories of Crimea, Donetsk and Luhansk regions, occupied by Russia since 2014. According to most current data, at least 59 religious buildings (cathedrals, prayer houses, synagogues, mosques) were destroyed or damaged as a result of Russian airstrikes and artillery shelling.

During the first month of the full-scale war against Ukraine, the Russian army killed at least four Christian priests and captured at least five more.

In a joint appeal by Euromaidan SOS and participants of the Religious Freedom Roundtable in Ukraine, published on March 16, 2022, representatives of more than 100 religious, human rights and other NGOs in Ukraine and around the world called on the international community and interfaith institutions to condemn Russia's baseless and devastating war against Ukraine.

The petitioners also call for condemnation of the Russian Orthodox Church for its involvement in justifying Russia's war crimes against the people of Ukraine, severing all relations with the ROC and condemning the quasi-religious component of the “Russian World” ideology used by Vladimir Putin to justify interference in Ukraine's internal affairs. We ask you to take seriously this appeal of the Ukrainian public and raise your voice to protect the people of Ukraine, both from Russian missiles and airstrikes and from the aggressive and chauvinistic ideology of the "Russian World" promoted by the Russian Orthodox Church.

This evil, which reached unprecedented proportions in the war against Ukraine, cannot be justified by any motive. And we are grateful for all friends of Ukraine over the world who take the side of truth, light, and goodness. May God give victory to Ukraine and peace to the whole world!

Photo: A damaged church and burnt car in Irpin, Ukraine, caused by a Russian military attack on March 9, 2022.